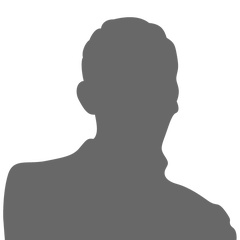 Chinese investment in Colombia has been significantly lower than many of its Latin American partners. While the Government should consider this in its future relationships with the country, a slowdown in Chinese investment is unlikely to have huge, direct impacts on the Colombian economy.

A significant global increase in foreign debt investment, from $4 trillion in 2004, to $18 trillion in 2014,  coupled with a historically large number of companies increasing their debt-to-asset ratio (“leverage”), with a particular focus on obtaining a higher share of foreign currency liabilities means that a raise in the U.S. interest rate, which is predicted by the close of the year, may result in substantial increases in debt-to-service costs. Coupled with depreciation in local currency, this means many companies may find themselves unable to pay back their foreign debt, should their debts not be properly hedged.

While Colombia does have some reason to be concerned about an increase in U.S. interest rates, the Government has noted the warnings from the U.S. and has been monitoring the situation domestically and has taken measures to adjust the local rates, with its most recent move being an increase by the Central Bank of the DTF rate by 25 basis points. That said, the Government should continue to promote policies aimed at monitoring vulnerable businesses and to assure that the necessary data for monitoring any risk, particularly data on corporate sector finances, is properly collected, analyzed and stored.

The greatest concern then is the global decline in commodity prices and a decline in Colombia’s oil production. As a commodity based economy, Colombia relies heavily on its revenues from various exports, particularly oil and mining. As commodity prices continue to plummet, Colombia’s Government must begin placing a stronger emphasis on diversifying its revenues away from oil and mining. Ending a “bottleneck” in the bureaucracy related to infrastructure projects has been one sound move in the right direction. Furthermore, while currency depreciation has been of some concern in recent months, the OECD predicts that such depreciation could actually push the country forward, by promoting foreign investment and, as with infrastructure investment, boosting non-commodity exports. The Government should continue easing burdens on business investment and support infrastructural improvements.

Taking all global factors into consideration, Colombia is still predicted to finish the year with approximately 3% growth and, should the Government remain focused on diversifying its market, the country stands to weather the global crisis expected to hit emerging markets in the upcoming year. 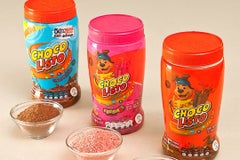 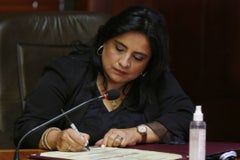 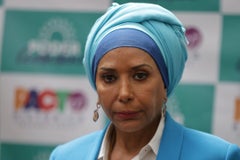 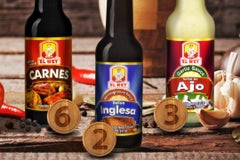